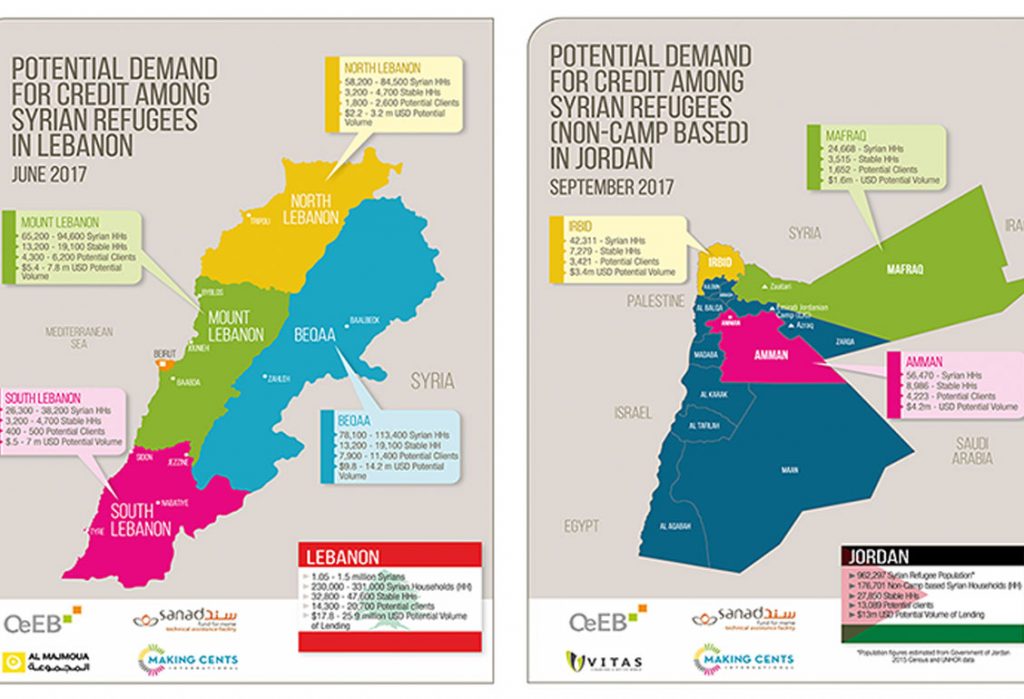 Since fighting broke out in 2011, more than 1.6 million Syrians have fled to Lebanon and Jordan. While many remain vulnerable, a significant number have obtained employment, started businesses, and successfully restarted their lives. Microfinance institutions (MFI) have seen this influx and considered if and how to serve this population. But they’ve been stymied by a lack of information. Can refugees borrow and repay loans? Will they leave the country before they repay? Is there a sufficient number of credit-worthy refugees to make a strong business case? Without answers, most MFIs have stayed away from this population, denying refugees access to credit that can help them improve their livelihoods and preventing MFIs from taking advantage of a market opportunity.

To shed light on these questions, Making Cents International was contracted by SANAD, the MENA fund for Micro, Small and Medium Enterprises, in 2017 to conduct qualitative and quantitative research on refugee creditworthiness and support interested MFIs to serve them. Working with leading MFIs Al Majmoua in Lebanon and Vitas in Jordan, Making Cents conducted focus groups with refugees to understand the characteristics of credit-worthiness, then surveys to quantify the market. 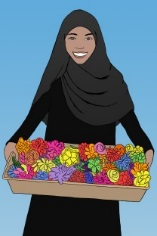 Stable Refugee Households, described using the stories of “Bana” and “Adnan” and classified as having a monthly income equal to or greater than the local minimum wage (USD 446 in Lebanon, USD 336 in Jordan), were most often led by working males, and derived income from permanent employment or self-employment, usually in an occupation that they had worked in previously. They generally had lived in the same area for more than three years, felt integrated into the local community, and often had legal residence and work permits. Their consistent income and stability made them confident they could comply with common loan terms, including obtaining a guarantor or joining a guarantee group. At the time of the survey, this segment was interested in borrowing (44% in Lebanon, 47% in Jordan), and investment in a small business was the dominant motivator (42% in Lebanon, 59% in Jordan). For all intents and purposes, their profile matched that of many low-income host-country clients, but with greater risk due to their informality and the uncertain business landscape for refugees. 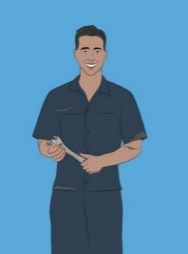 Quantitative research with over 1,000 refugees then helped us to determine the size of the market.

In Lebanon, the results indicated that roughly 14% of Syrian refugee households could be classified as “Stable,” suggesting at least 14,300 households were interested in borrowing, representing a potential market of USD 17.8 million in loans. Results were similar in Jordan, with roughly 16% of Syrian refugee households classified as Stable. This percentage correlates to an estimated demand for credit of approximately 13,000 households, which could amount to USD 13.1 million in lending.

Armed with this data, select MFIs, including Al Majmoua and Microfund for Women, have begun to serve the refugee market, providing mostly group-lending products to women refugees at first. They currently serve over 6,000 refugees between them and are both planning to expand into individual lending in 2018. At the same time, their early success is encouraging other leading lenders such as Vitas Lebanon and Tamweelcom to begin pilots. 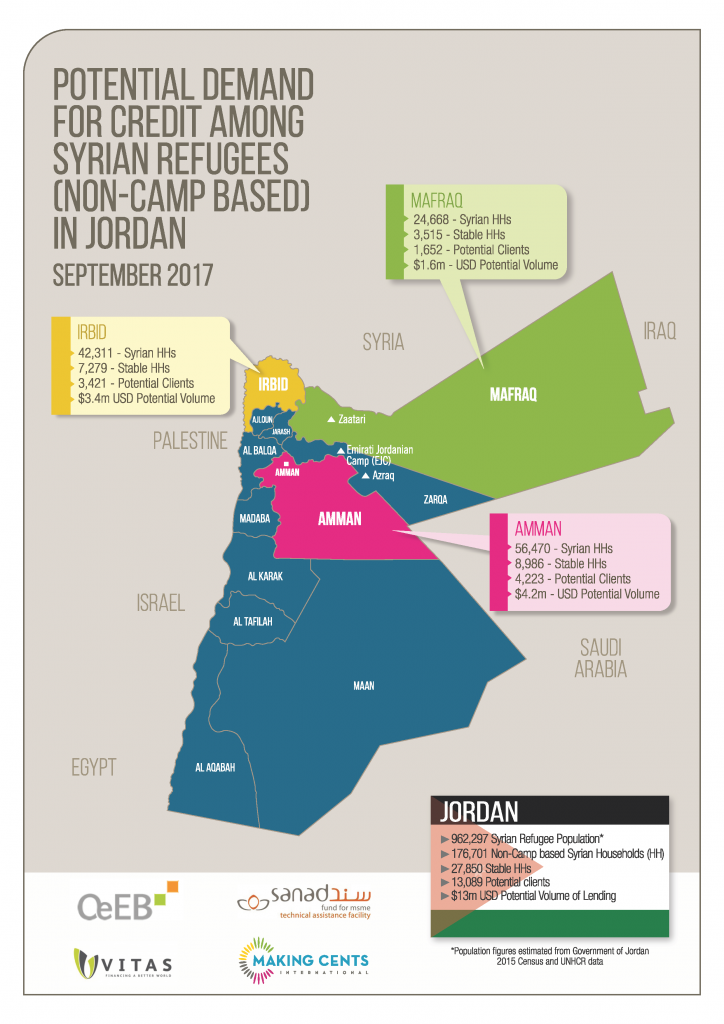 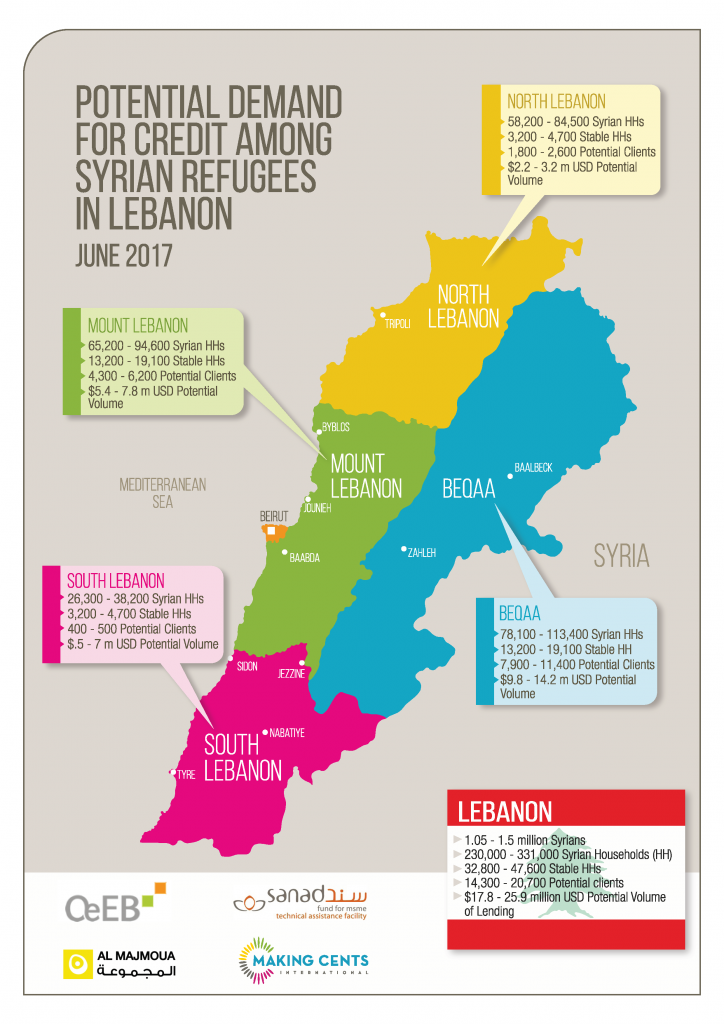 These financial services will help Syrians while refugees to improve livelihoods and manage their assets. However, what of their return? Making Cents is beginning to look at this issue and is considering how refugee credit histories can be transferred back to Syria to facilitate credit access and reconstruction. Our next financial inclusion blog will describe these efforts. Stay tuned!

The Market Research Brief can be downloaded here.

The Arabic language version of this blog can be found here.