Syrian Refugees Personified: Resilient and Active, or Vulnerable and Dependent? 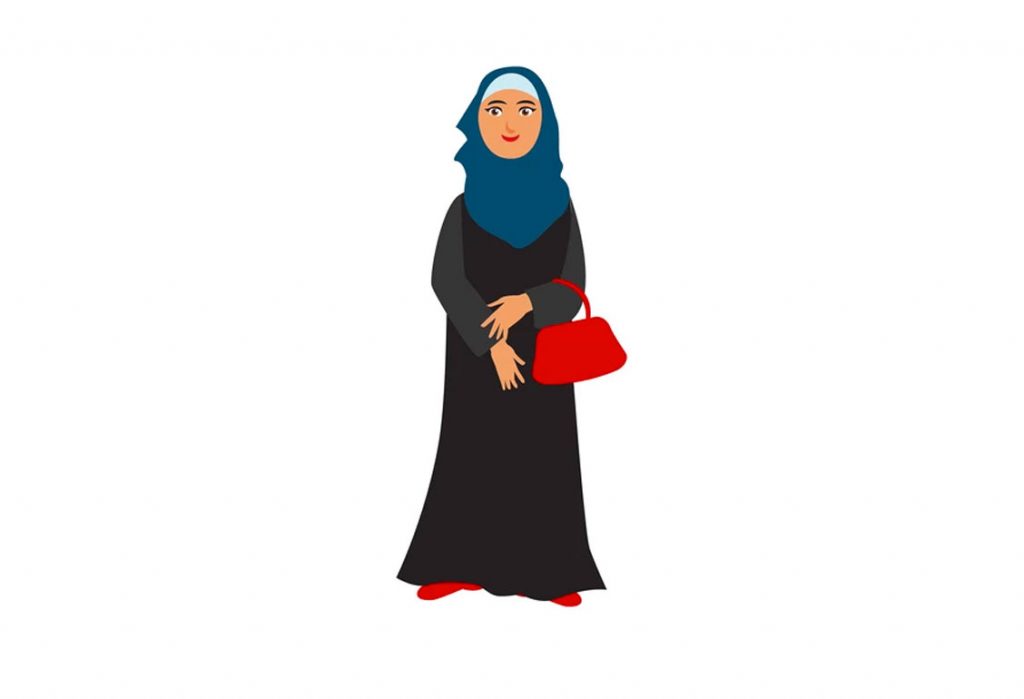 Syrian refugees are often described in general terms as impoverished masses, dependent on aid and struggling to survive in their countries of refuge. Armin Awad, UNCHR’s Director of the Middle East and North Africa Bureau, recently reported, “Syrian refugees in Lebanon are barely coping. They remain extremely vulnerable and dependent on aid from the international community. Without continued support, their situation would be appalling.” At the same time, examples abound of refugees who have succeeded in carving out a new life in Jordan, Lebanon, or Turkey, starting small businesses or securing employment. Which is the truer representation, and why?

We recently set out to answer this question in Lebanon with Al Majmoua, a local microfinance leader interested in serving refugees more extensively but uncertain of the true size or characteristics of this market. Through a combination of qualitative and quantitative research funded by SANAD, the MENA fund for Micro, Small and Medium enterprises, we are identifying those who are economically active and those who are struggling, then getting a clear picture of the demand for financial services among those who are active and can manage debt effectively to improve their livelihoods or mitigate risk.

To understand and differentiate groups, Making Cents employed a human-centered design approach, developing “personas” of Syrian refugees. Personas are fictional characters created to represent user types that engage with financial services in a similar way. By using them during research, we kept the various client types in mind throughout the process and avoided focusing key informant discussions on any one individual experience.

In this case, we developed broad male and female personas based on our experience, then validated and deepened them through focus group discussions with Syrian refugees. These personas included a successful “Bana” or “Adnan,” who were able to provide adequately for their families, a struggling “Riham” or “Jorma,” who supplemented humanitarian assistance with self-employment or wage income, and a vulnerable “Amena” or “Mohamed,” who were completely dependent on humanitarian assistance. 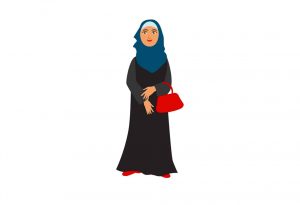 Bana is 35 and lives in Aley with her husband and three children aged 8, 10, and 12. Bana’s family arrived in Aley four years ago and currently lives in a small flat in the center of town. Though Bana has a secondary school education and a teaching certificate, she manages a small retail clothing business. Her business provides a small income for her family, and her husband also receives a stipend for his role as a security guard for their apartment building. Bana has extended family in the region that helped her find the flat in Allay and to start her business. Bana has a residency permit…

Through the focus groups, we learned that all three personas were present in the Syrian refugee community and discovered the key characteristics that differentiated them. The households headed by a successful “Bana” or “Adnan” had used networks of relatives to integrate into the community and become legally registered, leveraged assets to begin small businesses, and adapted their skills to local labor market demands. These households were not rich but had moved beyond aid and began to develop viable livelihoods. They stood in contrast to the “Amena” or “Mohamed” households, who were unable to overcome the barriers of weak networks and insufficient skills, a high number of infirm or young family members, and/or few assets upon arrival, thus remaining very vulnerable and aid-dependent. Between these two lay the “Riham” or “Joram” households who were beginning to develop the networks and skills to succeed but were still too vulnerable to succeed on their own.

Beyond deepening our understanding of why households were successful, the Syrian focus group participants also helped us estimate the percentage of the population that each persona represented, providing insights into the potential market size for financial services among refugees. Focus group participants felt that 50% of the refugee population remains too poor to use financial services (the Amena/Mohamed persona). However, they believed that as many as 20% of Syrian households demonstrated the characteristics of an economically active household that could use credit effectively (the Bana/Adnan persona), and that another 30% may be credit worthy with additional help (the Riham/Joram persona). If accurate, these numbers could translate into as many as 20,000 potential clients for credit among refugee households in Lebanon. 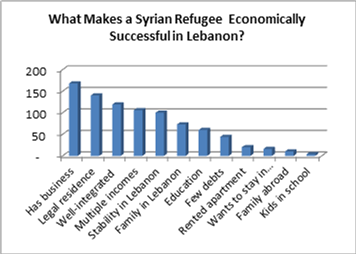 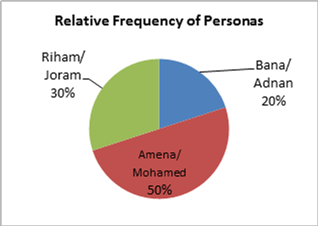 Targeted household surveys based on these personas are scheduled to be completed in April and will provide us with a more accurate number of those who are economically active and eligible for credit. Al Majmoua will then use these insights to guide its credit-approval process and capacity-building strategy. In the longer term, the strategy will also explore means to transfer refugee credit histories back to Syria with them, helping facilitate their eventual return.

In the short-term though, one thing is clear – our perception of refugees as destitute provides only a part of the picture. Indeed, the majority still remains vulnerable and requires aid. Nonetheless, an important minority has persevered, using networks, assets, and skills to integrate and build businesses. They are resilience personified and are important to be recognized as such in our aid policies and development practices.