What Does An Increasingly Informal World of Work Mean for Sustainable Youth Livelihoods? 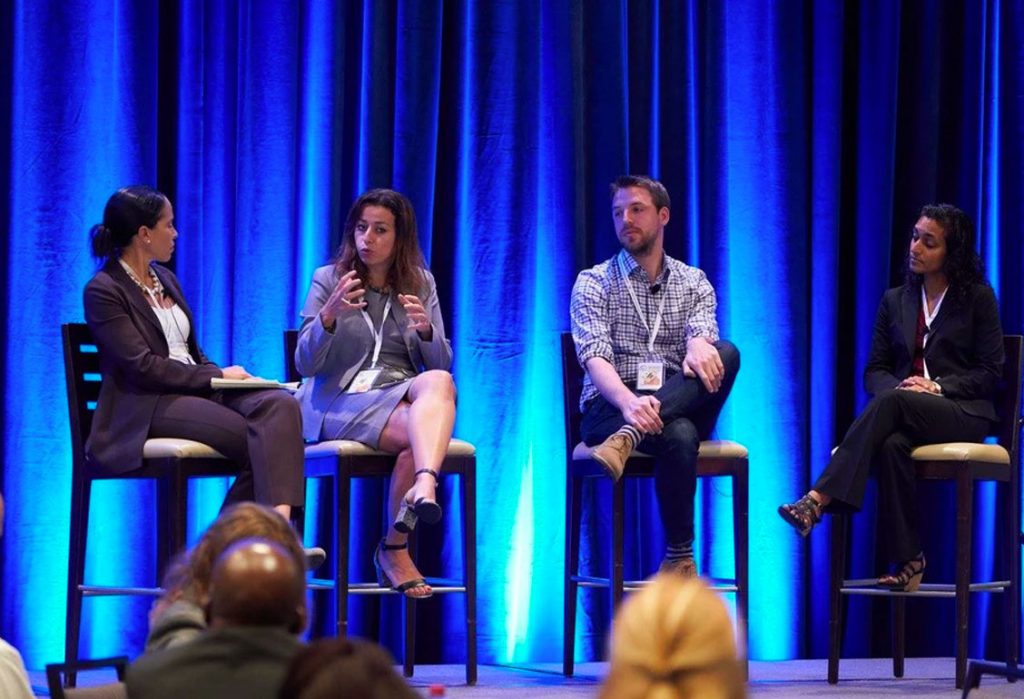 In September, Making Cents International convened our 11th annual Global Youth Economic Opportunities Summit (GYEO Summit). Our Summit theme, “The Future of Work: Youth Economic Opportunities in a Changing World of Work” acknowledged the big global trends associated with “the future of work” and explored how the demographic, structural, and technical impacts of these changes affect young people in developing contexts.

The gig economy, self-employment, and youth entrepreneurship were a major focus of the event – and for good reason. Historically, work has been characterized by “9-5” jobs geographically bound to a single employer. No more: As labor is increasingly decentralized, independent work (or gig work) comprised of various income streams has become a common feature of the modern economy.

A key driver of this change is technology, which has fundamentally transformed much of how work is organized. For individuals in search of paid gigs or markets to sell their goods, new digital platforms like Etsy, Lyft, Upwork, Task Rabbit, and SamaSource, among others, connect entrepreneurs, workers, businesses, and consumers in entirely new ways. This raises a number of critical questions for those of us working to advance youth social and economic inclusion. For example:

To help us grapple with these questions, we invited insights from Adam Grunewald, Founder and CEO of Lynk Jobs Ltd.; Dr. Shanthi Nataraj, Associate Director for Personnel, Training and Health Programs at the RAND Arroyo Center; and Ayat Soliman, Practice Manager for Social, Urban, and Rural Resilience in the Middle East and North Africa region at the World Bank. Here are some initial takeaways from this discussion:​

The informal economy is here to stay and may even increase, while the ‘informalization’ of formal sector jobs is growing with the rise of the gig economy.

What is undeniable is the informal economy’s scope: According to the ILO, it comprises more than half of the global labor force and more than 90 percent of Micro and Small Enterprises (MSEs). This figure represents hundreds of millions of workers, especially women and young people, pursuing livelihoods in conditions of informality.[2] Insufficient job creation, and the rapidly changing nature of jobs themselves, add to the development challenge of how to transition youth from the informal economy to the formal workforce.

Dr. Nataraj points out that while many young people in developing countries will continue to be employed in the informal economy, it is also likely that ‘informalization’ will increase as more jobs shift to gig employment and casual labor.[3] This trend raises some obvious concerns: lower wages, fewer benefits and legal protections, lack of workplace safety, and potential for coercion. There is greater pressure on gig workers to find the next job, and to keep their skills relevant and in demand. For young people, particularly those in low-income contexts who may not have the required skills, or who cannot access today’s digital platforms, the world of work may offer fewer and fewer rewards.

We should focus on making conditions within informal economies better for workers.

Concerns about the informal economy are legitimate, yet the picture is not all bad news for informal workers. In Bangladesh, Dr. Nataraj conducted surveys with 3,000 workers and 700 employers in the informal market and found that there are specific skills that employees gain through informal work, and that employers’ value. In other words, if we can better understand what assets informal workers bring to the table and, by extension, what supportive systems are needed to tap these skills in a way that provides more sustainable livelihoods, we can take a critical step toward improving working conditions for informal employees in developing economies.

In Nairobi, where 80 percent of economic activity and one-third of GDP is represented in the informal economy, start-up Lynk uses web, mobile, and SMS platforms to harness the potential of informal workers. Lynk’s digital platform makes it easier for gig workers to connect with potential clients by displaying their work history and skills. Lynk also generates client reviews to help build an individual’s economic identity, improve efficiency, and strengthen incentives for both worker and client to engage in fair and professional transactions. As Lynk founder Adam Grunewald says, “It is the LinkedIn for the linked-out”.

In many ways, the emergence of a platform like Lynk reflects a shift in our understanding of how we might work to improve conditions within the informal economy. Indeed, rather than focusing on transitioning youth out of the informal sector (and into formal jobs that either don’t exist or that they cannot access), Adam and his team are embracing it through a focus on strengthening the relationship and trust among households, businesses, and gig workers.

What can the informal economy teach us about youth entrepreneurship, and vice versa?

In an increasingly informalized (and decentralized) economy, a growing number of workers are participating as micro-entrepreneurs. While there are important differences, the entrepreneurial tactics adopted by many in the informal economy to survive share similarities with entrepreneurship in the gig economy in wealthier economies.

One key similarity is the critical blend of digital skills, STEM, and soft skills required of entrepreneurs and workers alike to continually adapt and learn.[4] Problem solving, critical thinking and creativity, communication and negotiation, and the ability to manage time and finances effectively are essential.

This is true whether a young person is a university graduate joining a new company, a gig worker, or a young entrepreneur starting a business.

In a world where an entrepreneurial mindset is an increasingly vital skill for young people in search of economic opportunity, we cannot overlook the informal economy where so many young people end up today. Within the informal economy, there are numerous inspiring examples of young entrepreneurs who have started businesses and created jobs, often against enormous odds. We can learn from their creativity and resilience.[5]

For youth who are not natural entrepreneurs, however, more is needed to support systems that cultivate success for youth in the informal economy. This includes education and training programs that prepare youth to navigate the informal sector, accessible digital platforms that support economic identity and opportunity, and government policies that enable an informal economic reality while protecting and supporting young people to achieve sustainable livelihoods.

The 2017 GYEO Summit conversation raised a number of key issues related to the changing world of work for youth in developing countries. Over the next year, and especially at our 2018 GYEO Summit that will take place September 25-27 in Washington, DC, we will deepen our understanding of these issues through research, discussions, and dissemination of critical information related to entrepreneurship and the future of work. We invite you to join the conversation, engage with us through www.youtheconomicopportunities.org, and visit www.makingcents.com for more information about this important topic.

[1] Other terms commonly used for the gig economy are the sharing or grey economy. While there is no official definition of the gig economy, used here a “gig” refers to a single project or task for which a worker is hired (work on demand). According to the Bureau for Labor Statistics, some gigs are a type of short-term job, while other workers seek gig work as a self-employment option. More recently, a growing number of companies have emerged that connect workers to gigs through web or mobile applications. See: Elk Torpey and Andrew Hogan, “Working in a gig economy”. Bureau of Labor Statistics. 2016. Available at: https://www.bls.gov/careeroutlook/2016/article/what-is-the-gig-economy.htm